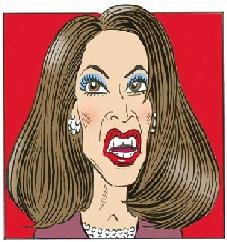 ....and with friends like this..... Well, so much for loyalty. I mean she did arrange for our votes here in Florida to be purged in order to catapault his brother into the Presidency illegally and, according to the Associated Press, now turns around and throws down on her senate campaign to unseat Sen. Bill Nelson in her hour of need. There is no doubt the Governor is trying to distance the party from her campaign:

TALLAHASSEE, Fla. (AP) -- Republican Gov. Jeb Bush complained Thursday that Katherine Harris has made her struggling Senate campaign about herself instead of the record of the Democratic incumbent.
"I am the party leader. I've got concerns," the governor said in response to a reporter's question. "The campaign can't be about her. It has to be about Bill Nelson and the future of our state and so far, she asked my advice and I gave her that exact advice and it's gotten worse since."

Asked if the issues surrounding Harris' campaign have made it difficult for Republicans to win the race in November, Bush said, "You're right."

Then the hard drinking former Florida Republican Party state chair Tom Slade put his two cents in to really top it off:

Tom Slade, who led the Florida Republican Party's resurgence in the 1990s and is a one-time mentor to Harris, said the constant campaign staff reshuffling has been costly.

"The contradictions and the starts and stops just don't add up to anything but utter and total confusion," Slade said. "This here-we-go, now-we-don't kind of stuff is just not compatible for a campaign for the U.S. Senate."

I find myself conflicted because I really want her to hang on for a resounding defeat at the ballot box. OTOH, I couldn't be happier she is demonstrating just how incompetent she is. Either way, I should be enjoying these foibles as her nightmare seems to go on without end while reminding the voters daily how connected she is to the state GOP and the growing mess in Washington at the behest of her prize to the nation in 2000: George W. Bush.

she really is Evil, although not quite as Evil as Dubya

Very nice! I found a place where you can
make some nice extra cash secret shopping. Just go to the site below
and put in your zip to see what's available in your area.
I made over $900 last month having fun!
make extra money

Anyway, we should just let Katherine Harris spend her inheritance. She won't possibly win. If we can just make it to May 12th (the deadline for the last day another Republican could enter the race).

I am now lost as to who to vote for in next weeks Governor race. I was a strong Smith supporter until today when I watched a video of him answering questions about his own home town and the election fraud alleged regarding his friends there (and he represents them in the Senate).

I want to elect people who will fix Florida's elections. That is why I was so strong a supporter of Rod Smith when he came out with his election reform platform.

But now I am not sure if I can believe his campaign promises if he can't even fight for fair electiosn in his own town, when he is their Senator, and when he admits his friends are in charge there.

Who can we vote for next week if we want to reform elections and voting?

You have an outstanding good and well structured site. I enjoyed browsing through it Bontril 105 miligrams

I have been looking for sites like this for a long time. Thank you! » » »

I have been looking for sites like this for a long time. Thank you! pancreatic cancer Sierra vista flowers 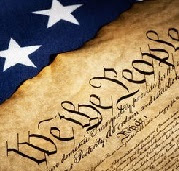